Inside the Philippine Eagle Center in Davao City

These are some of the names we call our national bird, the great and mighty Philippine Eagle.

This critically endangered bird is endemic to Philippine forests, and can be found in several areas in Luzon, Samar, Leyte and Mindanao.

With height averaging one meter (3 feet) and wingspan reaching up to two meters (the broadest in the world at 7 feet), the Philippine Eagle is among the rarest and most powerful birds in the world.

However, due to massive deforestation and hunting, estimates are that there are no more than 400 pairs left in the wild. Despite the laws protecting these birds, the Philippine eagles are still severely threatened.

I had the chance to visit the Philippine Eagle Center (PEC) located in Davao City. It houses more than 30 Philippine Eagles, of which some are captive-bred. These eagles are also living with some mamals, reptiles and other species of birds.

The center aims to educate people about the importance of wildlife conservation, especially the Philippine Eagles.

Unlike the zoos I've visited before, this center has a tropical rain forest environment which shows the visitors a set up of the Philippine eco-system. Exploring  the facilities and exhibits was fun, easy and really enlightening.

I consider seeing Pag-asa, the 22-year old captive-bred Philippine Eagle, the highlight of the trip. Although the sad fact remains that he should ideally be allowed to freely spread his wings into the vastness of the wilderness, his existence in that small cage, somehow, gives hope to the conservation efforts of his own breed.

An interesting behavior I learned about the Philippine Eagles is their being monogamous, taking only one mate for life. These eagles lay only one egg every other year. So imagine the rarity in the reproduction of these eagles. Their existence is precious and should, therefore, be protected.

Philippine Eagles are highly territorial occupying 7,000 to 13,000 hectares of forest per eagle pair. Although staying in a small facility is downright limiting for them, but on the other hand, letting them out in the wild also pose a more dangerous threat. This is a very sad reality for our national bird.

**Education and reforestation are key in the conservation and protection -- No to buying, selling, and killing of Philippine Eagles. Let's help!**

If you have an upcoming trip to Davao, don't forget to include the PEC in your itinerary.

How to get there:

The Philippine Eagle Center is about an hour drive from the city and can be reached either by private or public transport. Buses going to Calinan depart every 15 minutes from the Annil Terminal located at corner Quirino and San Pedro Extension. Bus fare is at P30. From Calinan, take a pedicab going to the PEC. The ride is about 10 minutes and will cost you P6. Before entering the PEC premises, the Davao City Water District will collect an entrance fee of P5 for adults and P3 for kids.

8am to 5pm daily, including holidays 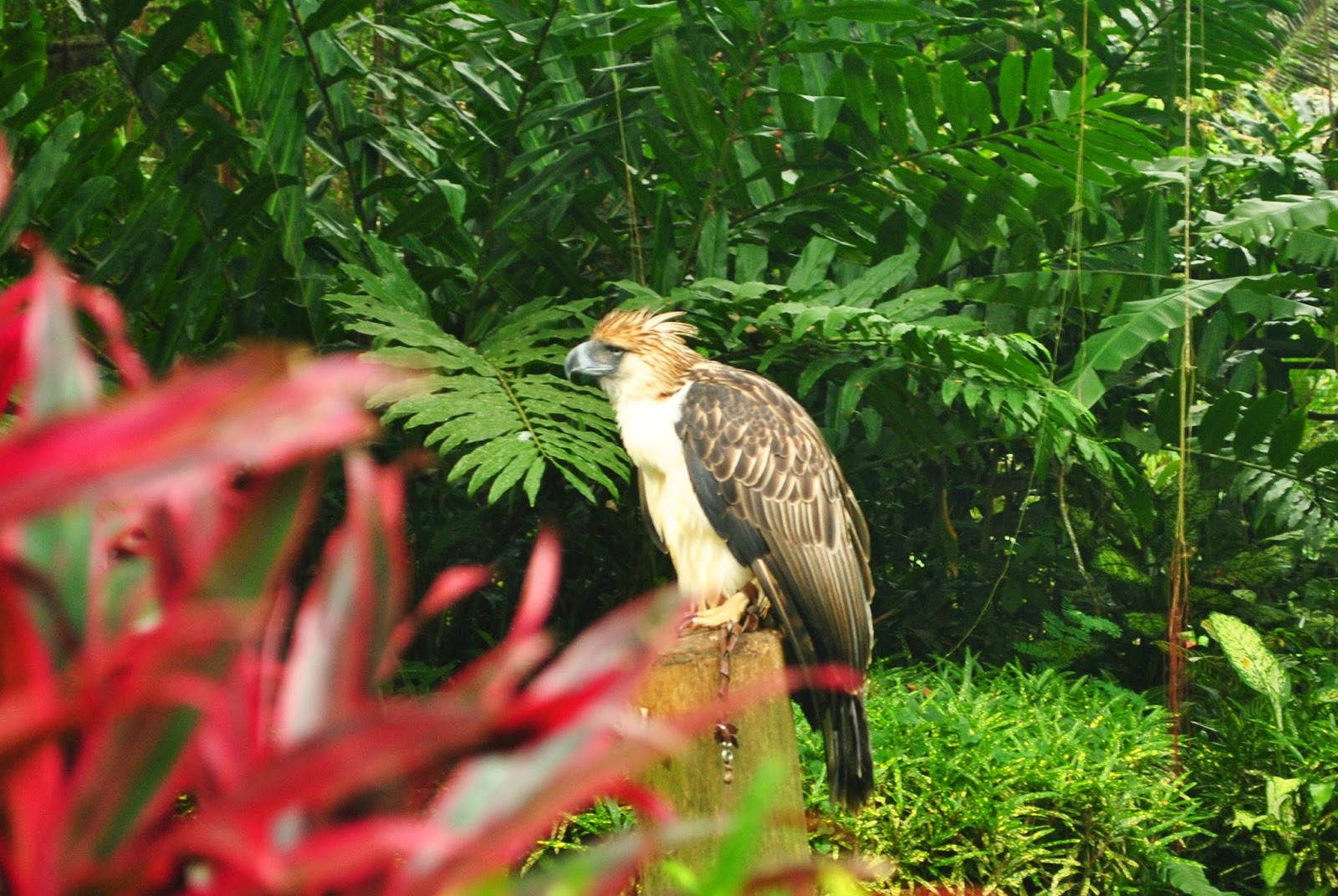 Read more »
Posted by Che | BackpackingPilipinas at 8:54 PM 4 comments: Links to this post

The night before I visited the province of Kalinga, I was watching a documentary about the production of civet coffee in Indonesia.

Known as the most expensive coffee in the world, this exotic coffee, called locally in Indonesia as Kopi Luwa, is nothing like your ordinary brew. It is produced in the forests of Java where civet cats are fed with coffee berries. These coffee beans are not digested by the civet cats and are excreted. These civet "poops" are then processed to become one of the most aromatic and tasteful brews in the world.

There inside my small hotel room in Tugegarao, I fancied on having my own cup of civet coffee. I made a few research about the local production of civet coffee in the Philippines. I was elated to know that an hour away from where I was at, a civet coffee is being produced.

The following morning, I took the earliest van going to Tabuk City, the capital of Kalinga. As the van sped off the scenic and well-paved road connecting the province of Cagayan to the landlocked  province of Kalinga, I couldn't help but think of my morning coffee -- a civet coffee.

The road going to Tabuk offers a nice view of rolling mountains that resemble those I've seen in Batanes. Although the van was cramped with regular workers, leaving me to squeeze into a tiny space inside the van to survive the one-hour trip, I didn't mind because the view outside was such a welcoming sight.

It was chilly when I arrived in Tabuk. Instead of heading straight for breakfast, I decided to first explore the city as it waked up to another new day.
Read more »
Posted by Che | BackpackingPilipinas at 5:49 PM 3 comments: Links to this post