PSI Max Jim Tria: My job is not for the faint-hearted 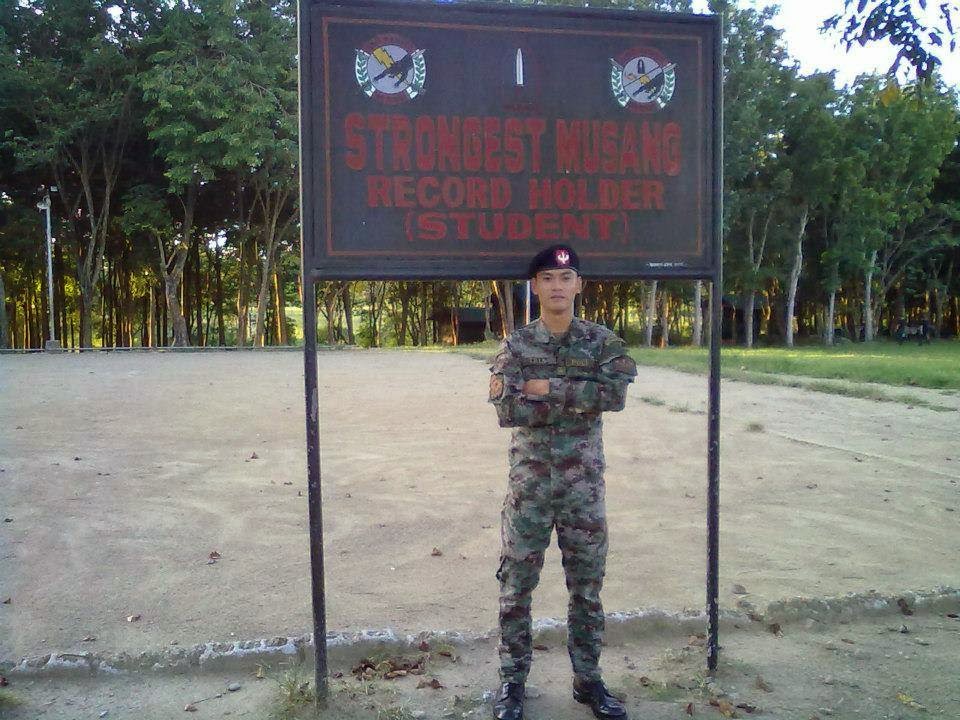 Two years ago, during a small family reunion, you told me something I have never quite forgotten.

"... not for the weak o faint-hearted ang trabaho ko."

While I felt pompous dishing out details of my adventures in Southern Mindanao, you were understandably silent about the specifics of your work. All I knew was that, you belong to an elite unit in the PNP Special Action Force.

But now I truly understand what you meant back then. Indeed, your job is something that not so many people would take on. It entails stepping into the peripheries, and into the wild.


I wasn't surprised when I heard that you joined the PNP. I'd like to think that ours is a family of brave soldiers and policemen. Papa is a retired police, and ninong is in active service.

After your graduation at the PNPA, I had no doubt that in a few years time, you will rise from the ranks, and that someday, a brave and principled man like you will lead the police force.

We grew up hearing police jargons like "mission" and "operation." We know the dangers that come with the service, but still, we were never quite oriented on how to confront "loss" or "death."

Last Sunday, when the news broke that at least 44 members of the PNP-SAF were killed during the supposed legitimate operation in Mamasapano, Maguindanao, I was heart-broken. I felt for the bereaved family of those fallen heroes -- the widows, the orphans, and parents left behind. 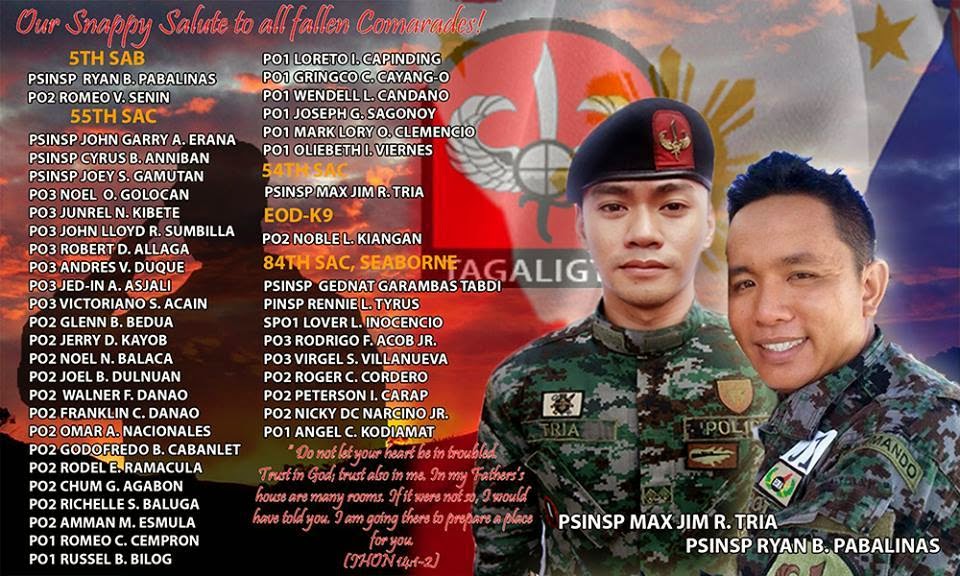 A few hours after the gunfight ended, and after those killed in action were accounted for, I got the news that tore my heart to pieces. I got the confirmation that I wasn't ready to accept.

You fought a hard battle. You fought with your men until the end.

While most of us sleep peacefully in our beds at night, you were out there marching on to a fierce battle hoping that in the end, peace will be achieved in that war-torn place.

As your cousin and as a Filipino, I'm very proud of you. Ours is a poor country, but we are rich in the courage of heroes like you.

I'm grateful to you, and your comrades for your selfless service to our country.

Posted by Che | BackpackingPilipinas at 3:09 AM