Sometimes we don't really have to travel too far, board a plane or cruise in a ship to experience the stunning feeling of being away from the urban jungle. Sometimes, we can find it lurking somewhere near, somewhere within our borders.

This was exactly what I realized on my recent trip to Tanay with Cha, Janet and Kidd. After putting off and postponing this trip several times, we finally  decided to push through, and what a wonderful time we had there!

Read more »
Posted by Che | BackpackingPilipinas at 2:25 PM 39 comments: Links to this post 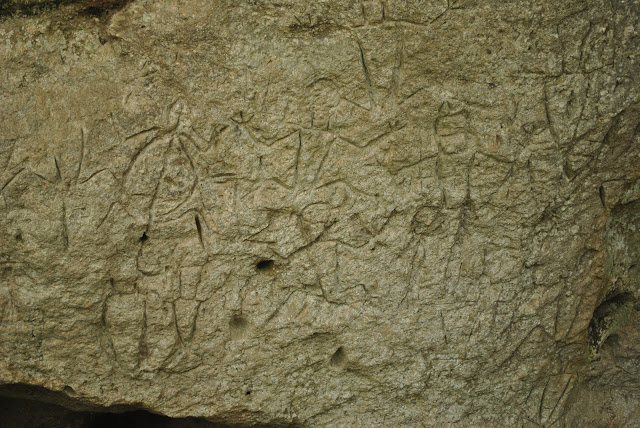 Declared as the oldest known work of art in the Philippines, the Angono-Binganonan Petroglyphs is also considered as a National Cultural Treasure. This rock art on the wall of a cave in Angono, Rizal was discovered in 1965 by the late National Artist Carlos "Botong" Francisco while he was on a field trip with a group of boy scouts. As of today, 127 total drawings are still visible in forms of human figures, lizards, frogs and others.

Still a part of our art appreciation trip to Angono, Kidd, Cha, Janet and I decided to check out this pre-historic rock art.

Read more »
Posted by Che | BackpackingPilipinas at 1:48 AM 4 comments: Links to this post

Rizal Series: Angono is the Art Capital of the Philippines

Being that February is the National Arts Month, I thought of visiting a place that embraces everything artsy. And where else to go than to the "Art Capital of the Philippines" -- Angono, Rizal!

Read more »
Posted by Che | BackpackingPilipinas at 2:01 PM 17 comments: Links to this post

As the van was speeding off along the coastal towns of Samar, I was reminded of how similar the scenes I was seeing there to most places I've been to before. The idyllic houses where women are seen sitting in front of their "porch." The children playing patintero on the side of the road. The lush green mountains and the coconut trees lining up. The occasional sight of bodies of water; from long beaches to streams to creeks, to meandering rivers and deltas. The clotheslines, the sari-sari stores, the water buffalos and the cattle egrets. These scenes pretty much depict the countryside of the Philippines. And Samar is definitely not an exception.

I've been to this island many times because my mother hails from Catubig, a quaint town that lies in Northern Samar. I had fond memories of my childhood visits there and will always remember how well accommodated we were by our relatives so I was really excited to be reunited with them after eight long years.

Read more »
Posted by Che | BackpackingPilipinas at 11:30 AM 12 comments: Links to this post

The night before our scheduled flight bound for Catarman, Cebu Pacific informed us that our flight is being rerouted to Tacloban City due to aircraft issues. This would have been a major hassle knowing that land trip from Tacloban City to Catarman takes more than five hours to travel, but since we were in no hurry to get to Catarman, we gave in. Besides, the idea of doing a jumpshot at San Juanico Bridge totally charmed me.

I was with Cha, Janet and Ciel on this trip. We landed at Tacloban Airport as early as 5:30am. It was still dark outside but we decided to head straight to MacArthur Shrine, and just wait for the break of dawn there.

From the airport, a trike driver offered to take us to Red Beach, Palo, Leyte, where the shrine is located, for P150 one way. We thought it was cheaper compared to most cab drivers who offered P200-250 to get there.
Read more »
Posted by Che | BackpackingPilipinas at 3:23 AM 9 comments: Links to this post 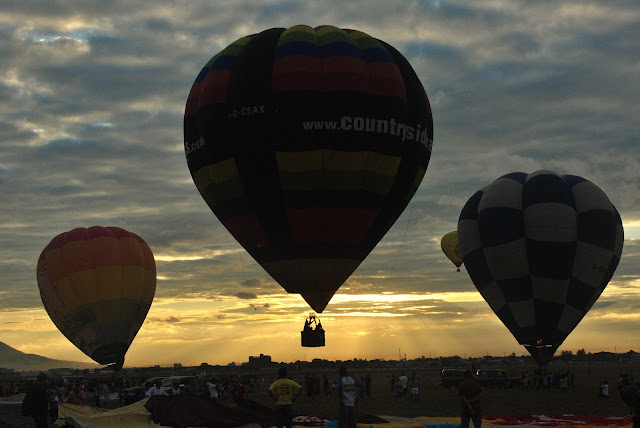 The Philippine International Hot Air Balloon Fiesta is held annually at Clark Special Economic Zone in Pampanga. It features multicolored hotair balloons and is considered the biggest aviation sports event in the Philippines.

I've been to this event twice already and I'd say each time was fun and exciting. I love seeing the balloons being inflated and taking off in the  beautiful February dusk. This event is definitely a good bonding experience to be shared with  friends and family. It also is a sure hit for photography enthusiasts.
Read more »
Posted by Che | BackpackingPilipinas at 2:29 PM 2 comments: Links to this post 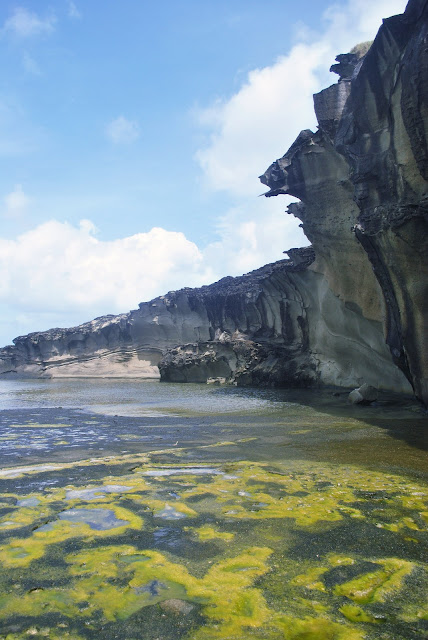 The wind was furiously pounding outside, the rain was threatening in the northernmost direction and the sky was achingly gloomy and overcasted. This was the kind of weather  we woke up to on that Sunday morning in Catarman. And there's only one to blame: the fickle northwest monsoon.

I was with Cha, Ciel and Janet for our second day of exloring Leyte and Samar. This day was the one that we've all been waiting for -- our Biri excursion! So despite the weather being totally uncooperative, we decided to proceed as planned.

Aboard a passenger jeepney bound for Lavezares, we left Cataman Terminal at around 6 a.m. The weather was beginning to improve as we were trailing the coastal areas of Northern Samar. I can already see the sun peeking through in some sheets of clouds, showing signs of a better day ahead of us.
Read more »
Posted by Che | BackpackingPilipinas at 11:55 AM 7 comments: Links to this post