30 Magical Sunsets in the Philippines


The metro train was packed with afternoon commuters earger to go home from a busy day at work.
None of them would have probably noticed the stunning view from outside the train. At that moment, the late afternoon sun was about ready to set in Manila.

As the train sped off from one station to another, I noticed the swiftly changing dramatic hues outside. The sky was painted with a collage of colors -- from pink, bright orange, and red. The sun was catching up with the speed of the train and many times, it made attempts to peek through the skyscrapers in Makati.

When I finally reached my destination, the early evening breeze greeted me.

As I was walking home, I realized how magical sunset experiences in the countryside are for me. The seemingly ordinariness of sunset is something that I often take for granted amidst the crazy city life. This daily phenomenon seems so trivial for many of us that we often fail to appreciate and really see the calm and beauty of it. It's a reminder of a passing day, telling us that no matter how bad it had been, there's always another day waiting to make things better.

While I was traveling the 80 provinces of the Philippines, I have witnessed some of the most amazing sunsets, in some of the most beautiful settings -- beside the beach, atop a mountain, near the rice fields. Allow me to take you to some of these spots around the country.

Note: Some of the sunsets below are also included in the article I wrote for rappler.com. 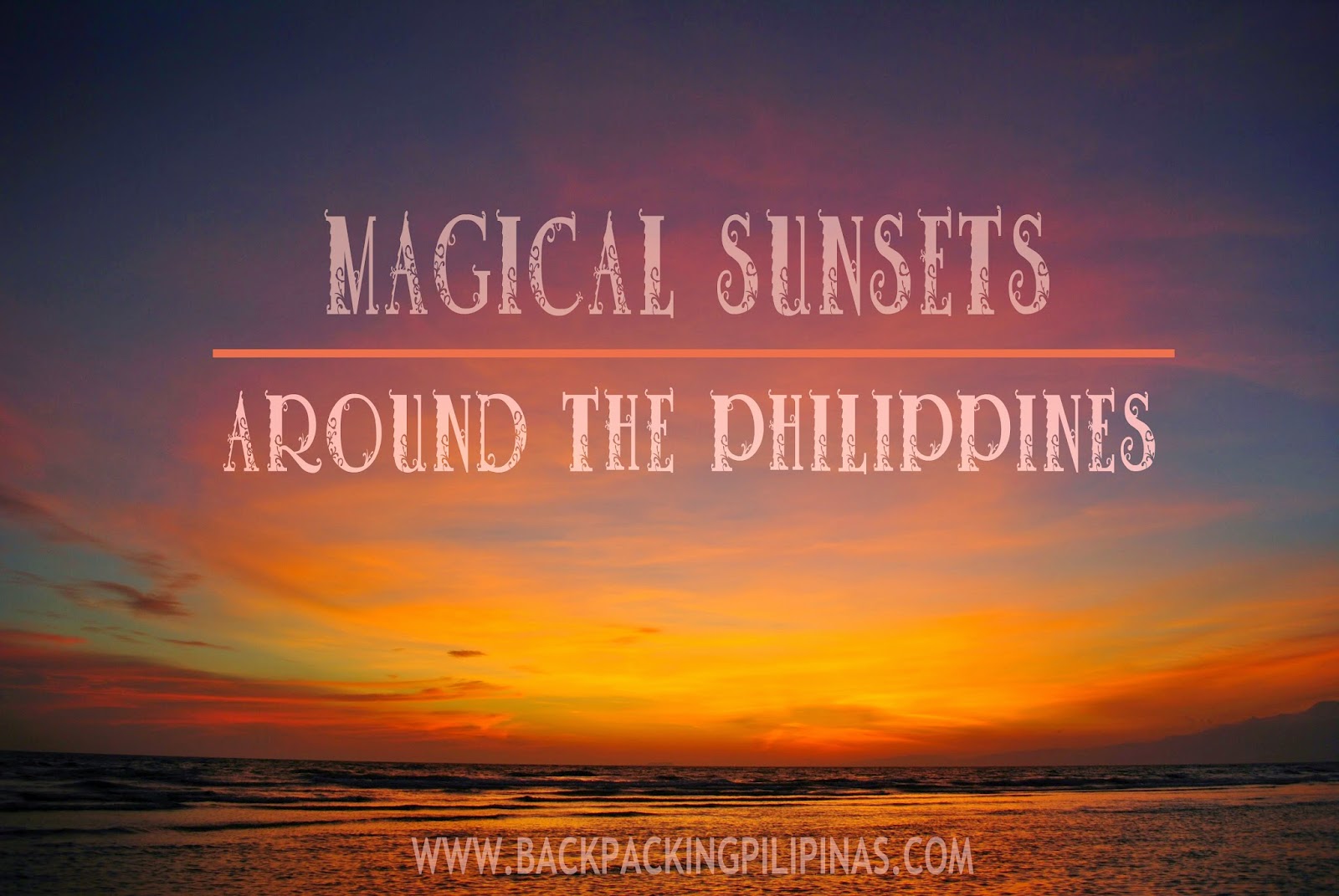