I was going through my files and realized that there are a lot of past travels that I haven’t really blogged about. One of which was my adventure-filled weekend in Bohol with my sister, Cha.  As I was reviewing our photos from the trip, I feel compelled to share a better feature of that amazing island in the Visayas.

Bohol is undeniably one of the most visited and most beautiful places in the country. Every year, it enjoys a steady influx of both local and foreign tourists. And its visitors are always in for a treat – from the powdery white sand beaches, to centuries-old heritage churches, to green meandering rivers, to world-famous hills, to adrenaline-hyped adventures, to the best deep dives, and to endearing and exotic wildlife encounters.

Here’s a list of my personal favorites in Bohol:

1. Panglao Island – About an hour away from Tagbilaran City is where one of my favorite places in Bohol is located --Panglao Island. It has a lot of pretty beaches without the party and the noisy crowd. The most famous is Alona Beach which is about 800-meter stretch of pristine white sand.


Cha and I spent a day lounging in the immaculate white sand at Bohol Beach Club. I totally loved my stay there that I could easily pick it as one of my top 10 beaches in the country! 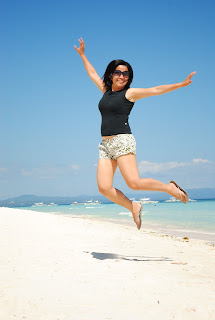 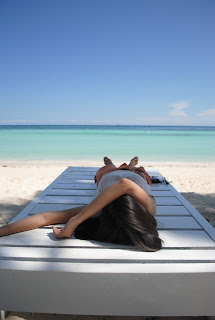 Aside from enjoying the beach, we also spent time touring some of the famous spots around this tiny island. We hired a van and went to Dauis Church, Hinagdanan Cave, Panglao Watch Tower, Shell Museum and Bohol Bee Farm.


2. Chocolate Hills – Back in grade school, the sight of these famous hills in Bohol never failed to amaze me. I remember telling Cha how exciting to see these hills in real life, and not just in the pages of our Sibika at Kultura books.

When we reached Carmen, about 55 kilometers away from Tagbilaran City, our eyes feasted with the wide expanse of land covered with green dome-shaped hills. Although I would have wanted to see brown and not green hills, I still marveled at the sight of this natural wonder.


These 1,268 cone-shaped hills which are spread across three towns in Bohol (Carmen, Batuan, Sagbayan) were declared as one of the country’s National Geological Monuments. These hills are covered with grass which turns to chocolate brown during the dry season, hence the name. It is now being proposed to be included in the UNESCO World Heritage list.

3. Heritage and Historical Sites – Bohol is home to many old and historic churches. One of the most famous and oldest churches in the country is the Baclayon Church. Located 6 kilometers east of Tagbilaran City, this church can be reached via jeepney or bus. You can also hire a tricycle that would drop you off in front the church. It is imperative for visitors to be dressed appropriately and modestly if you wish to attend a mass or look inside the church. In most churches in Bohol, offensive dress styles and shorts are not allowed. To still accommodate church-goers, they provide pieces of clothes that you could use to cover yourself up.


Other churches in Bohol that are worth-visiting are Panglao Church, Maribojoc Church, Dauis Church, Loon Church and Loboc Church.

We also visited the Blood Compact Site in Barangay Tool, Tagbilaran City. This is where Datu Sikatuna, a native chieftain, and Spaniard Don Miguel Lopez de Legazpi forged a blood compact on March 16, 1965.

Other historical sites located in Tagbilaran City are the President Carlos P. Garcia Memorial Park (Carlos P. Garcia, forth President of the Republic of the Philippines, is a Boholano); Mt. Carmel Hill, a historical tower of a church which was burned down during the Philippine revolution; Dagohoy Marker, located in Magtangtang, Danao which is about 92 km from Tagbilaran City. It was built to honor Francisco Dagohoy, leader of the longest revolt in the country against the Spaniards.

4. Encounters with the Wilds – One must-do when in Bohol is to visit the Philippine Tarsier Sanctuary which serves as the protected area for the Philippine Tarsier. These endangered species and small primates have big eyes and heads that they can rotate to almost 180 degrees. I must warn visitors to never take a photo with flash of these tiny creatures as it may harm them. 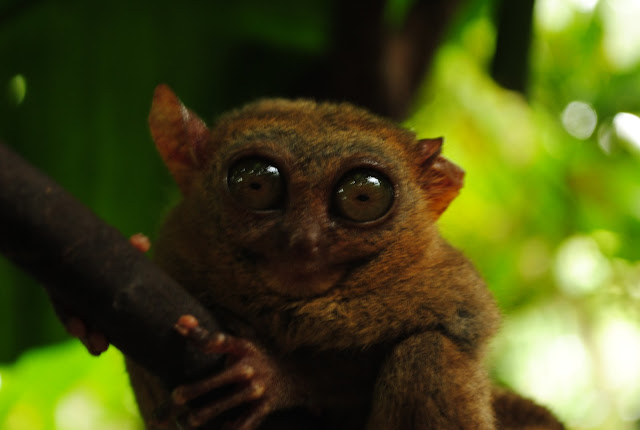 We also met “Prony” at Albuquerque Zoo. With a length of approximately 23 feet and an estimated weight of about 300 kilograms, this famous python is said to be one of the biggest pythons in captivity. The zoo also houses some other animals like hawks and turtles. 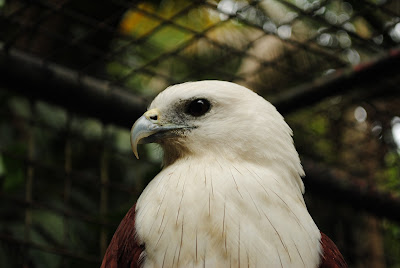 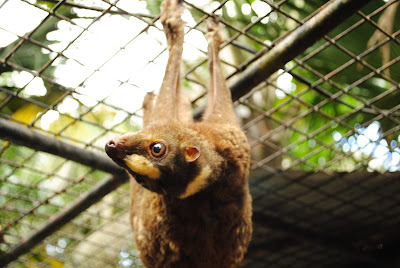 Known as one of the best dive spots in the country, you can also dive and be awed by the rare specimens and coral walls in Balicasag Island. Other sites great for diving and snorkeling are at Pamilacan Island and Danajon Bank or Double Barrier Reef.

Dolphin and whale watching are also not to be missed while in Bohol. Dolphins and whales are usually seen from a distance around the sea at Pamilacan Island.

5. Rivers, Waterfalls and “Forest”– A buffet lunch of Filipino dishes or a romantic dinner aboard a boat restaurant while cruising Loboc River is a must-do in Bohol. We started the cruise at Loay Bridge and ended near the Busay Falls. Along the river, there are locals entertaining the tourists by dancing and singing folk songs.

Some of the most famous cascades worth-visiting in Bohol are: Mag-aso Falls and Inambacan Falls in Antequera, Can-umantad Falls, Tontonan Falls in Loboc and Busay Falls in Sevilla.

Another site that we passed by going to Carmen is Bilar Man-made Forest which is about two kilometers stretch of densely planted Mahogany trees.

You may also check our itinerary here ---> Bohol and Panglao Trip.

Posted by Che | BackpackingPilipinas at 5:28 PM