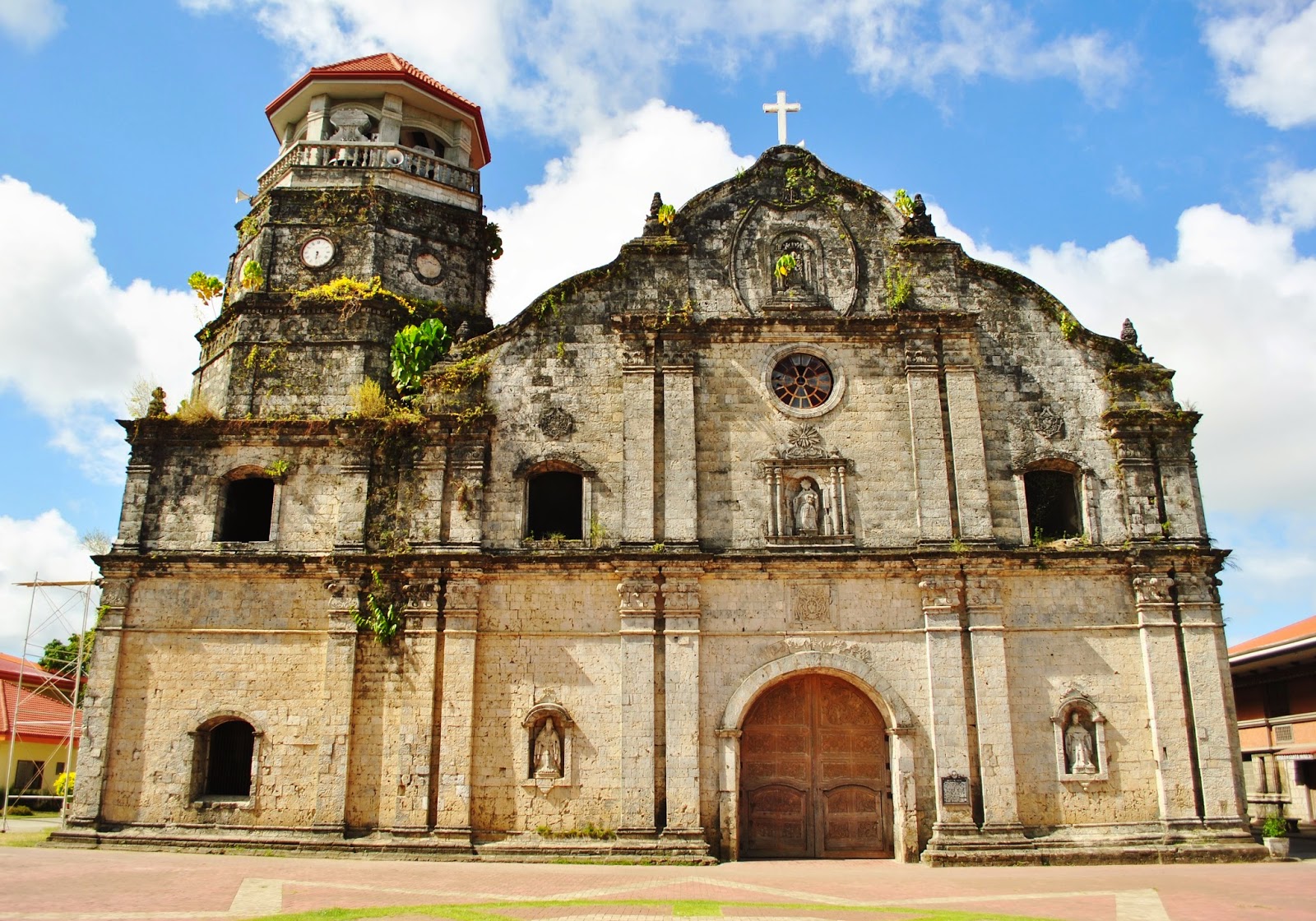 The quiet town of Panay is home to several national cultural treasures —the Santa Monica Parish Church (commonly known as Panay Church) is considered the oldest in the whole island of Panay, and dakong lingganay is known as the largest church bell in Asia and third biggest in the world.

These were the reasons why going to Panay was on top of my head when I visited the province of Capiz. This place has a great historical value that I simply couldn't pass up. 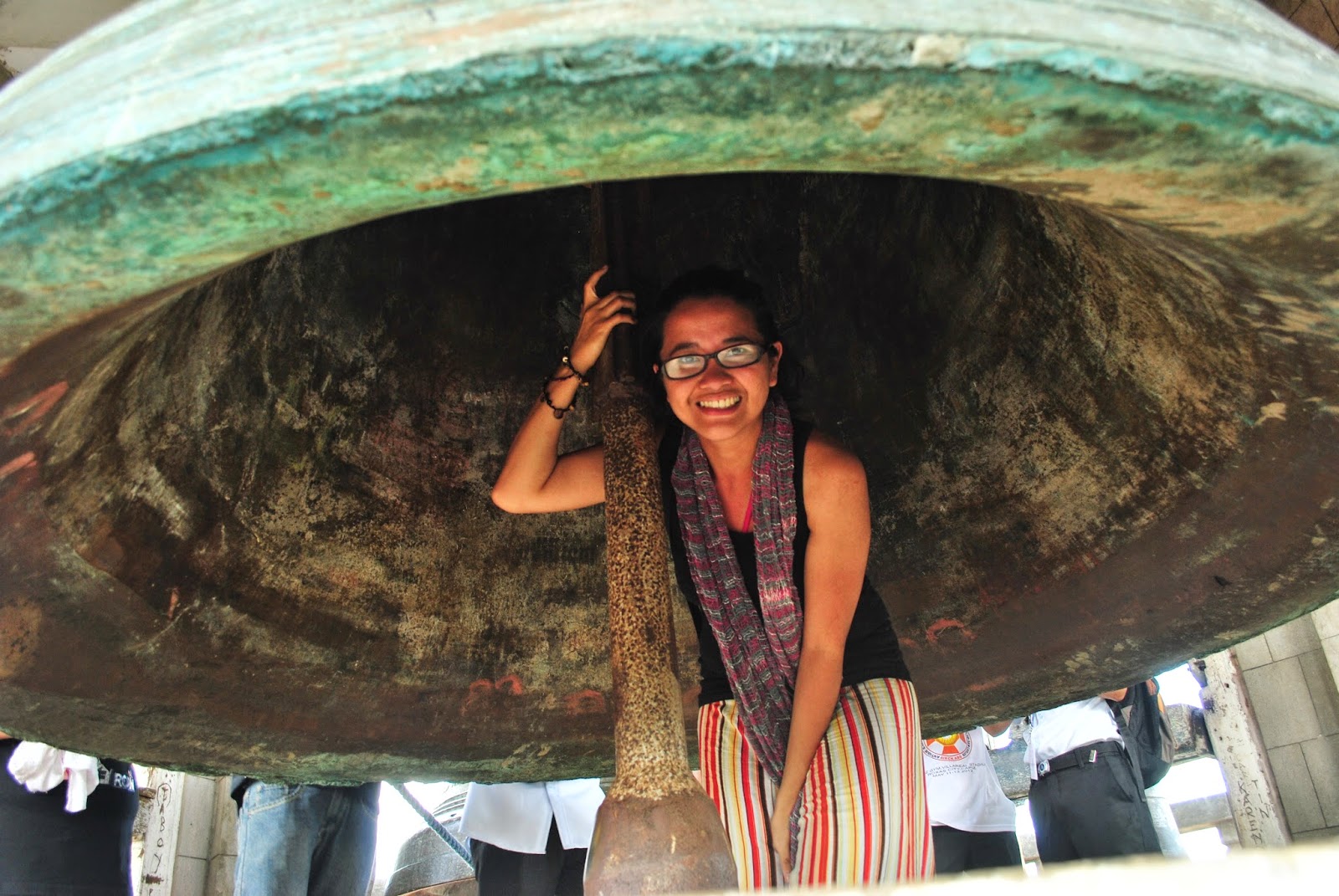 It took about twenty minutes before I reached Panay coming from Roxas City, the capital of Capiz.

The trike driver knew exactly where to drop me off. The 16th century Panay Church stands proudly in the center of the town. Even on a weekday afternoon, there were some people inside the church when I walked in.

I had to ask for permission first before going up to the five-storey belfry. I was fortunate to have been given a free tour by one of the staff at the parish office.

I took the steep staircase leading to where the bell is located. When I got off the top, I was surprised to see not just one gigantic bell, but eight other smaller bells surrounding it. I could just imagine the magnitude of the sound that those bells produce.

Measuring 7 feet in diameter, 5 feet in height and weighing 10.4 metric tons, it was definitely the biggest bell that I've ever seen. 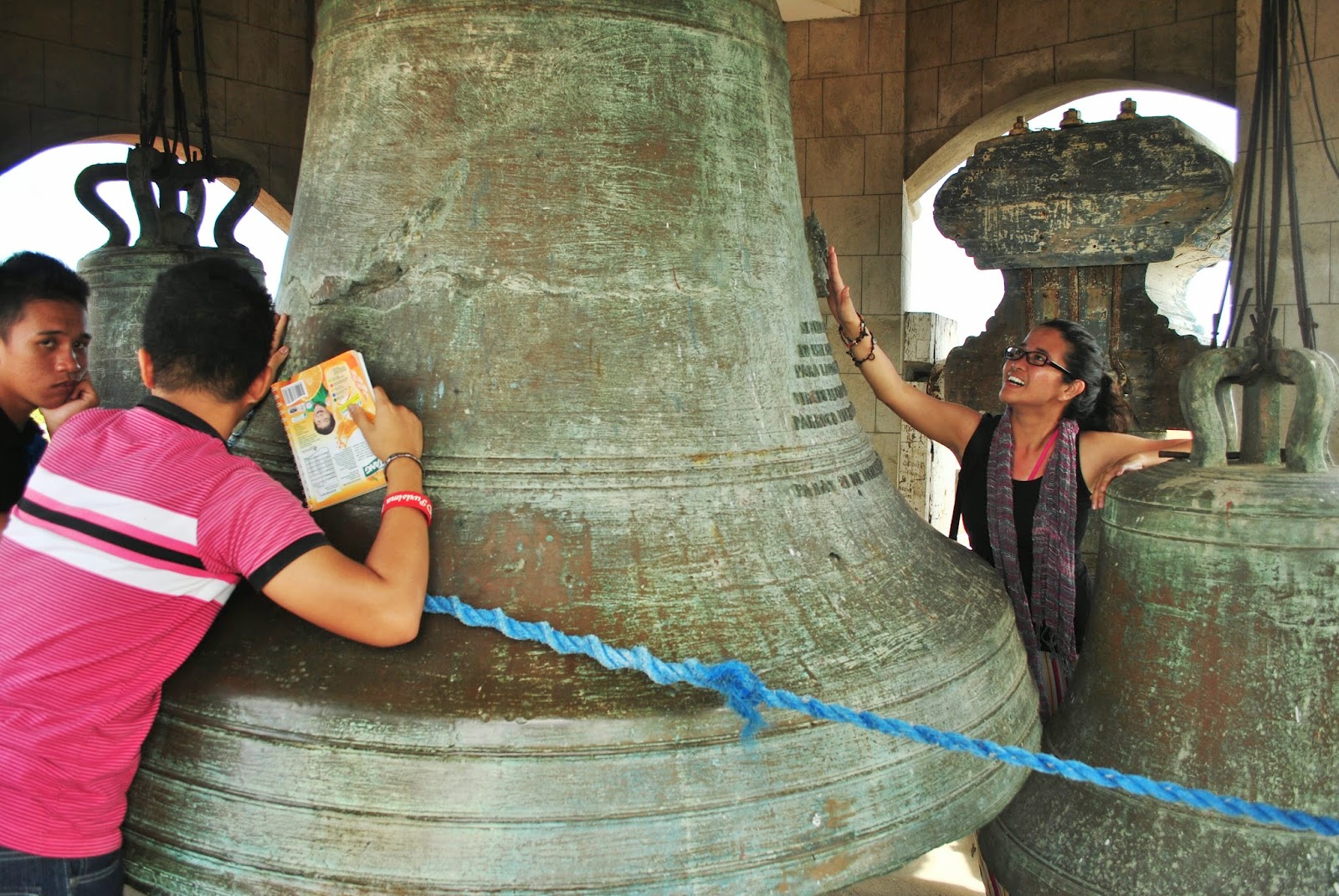 “I am God’s voice which I shall echo and praise from one end to the other of the town of Panay, so that the faithful followers of Christ may come to this house of God to receive the heavenly graces.” 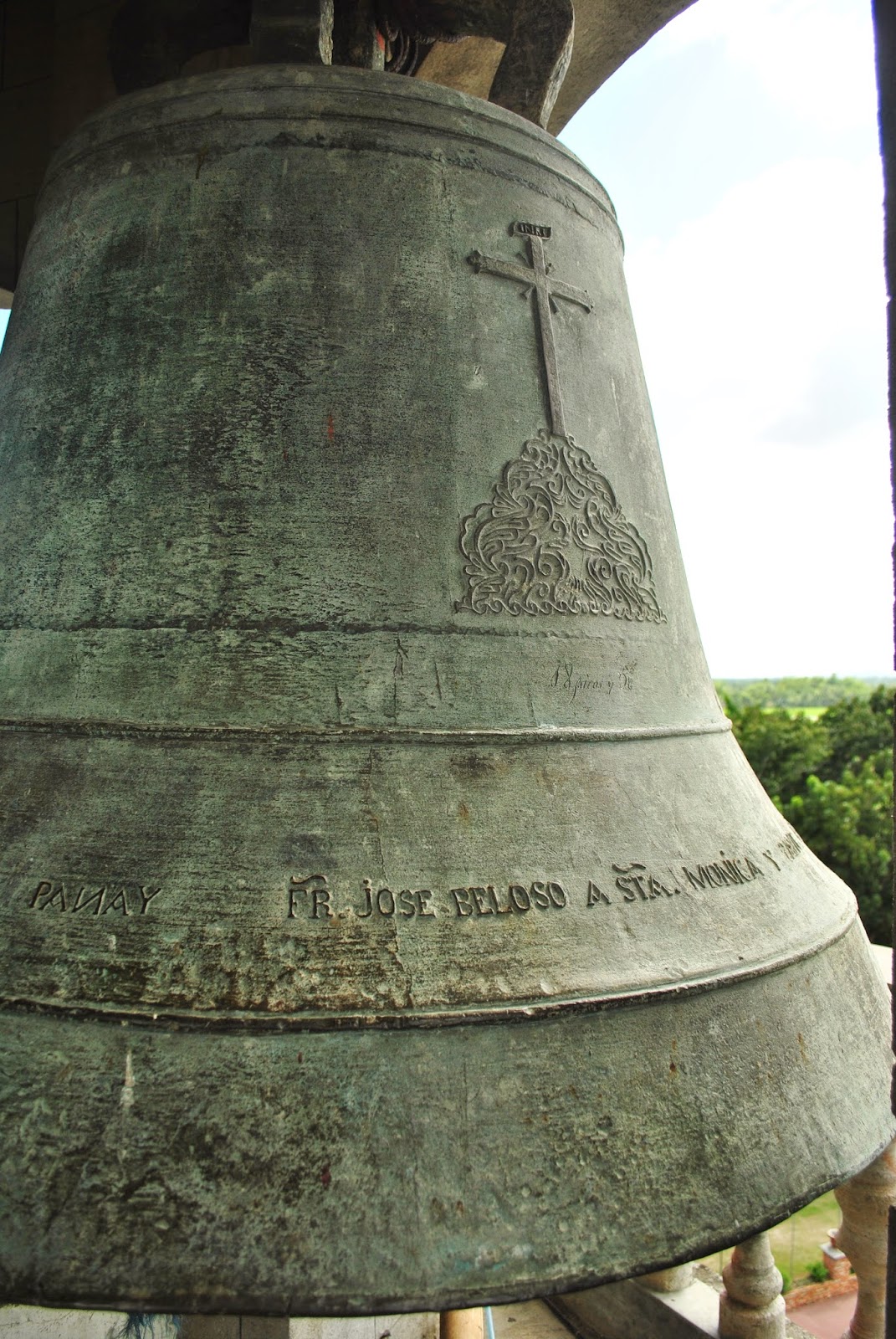 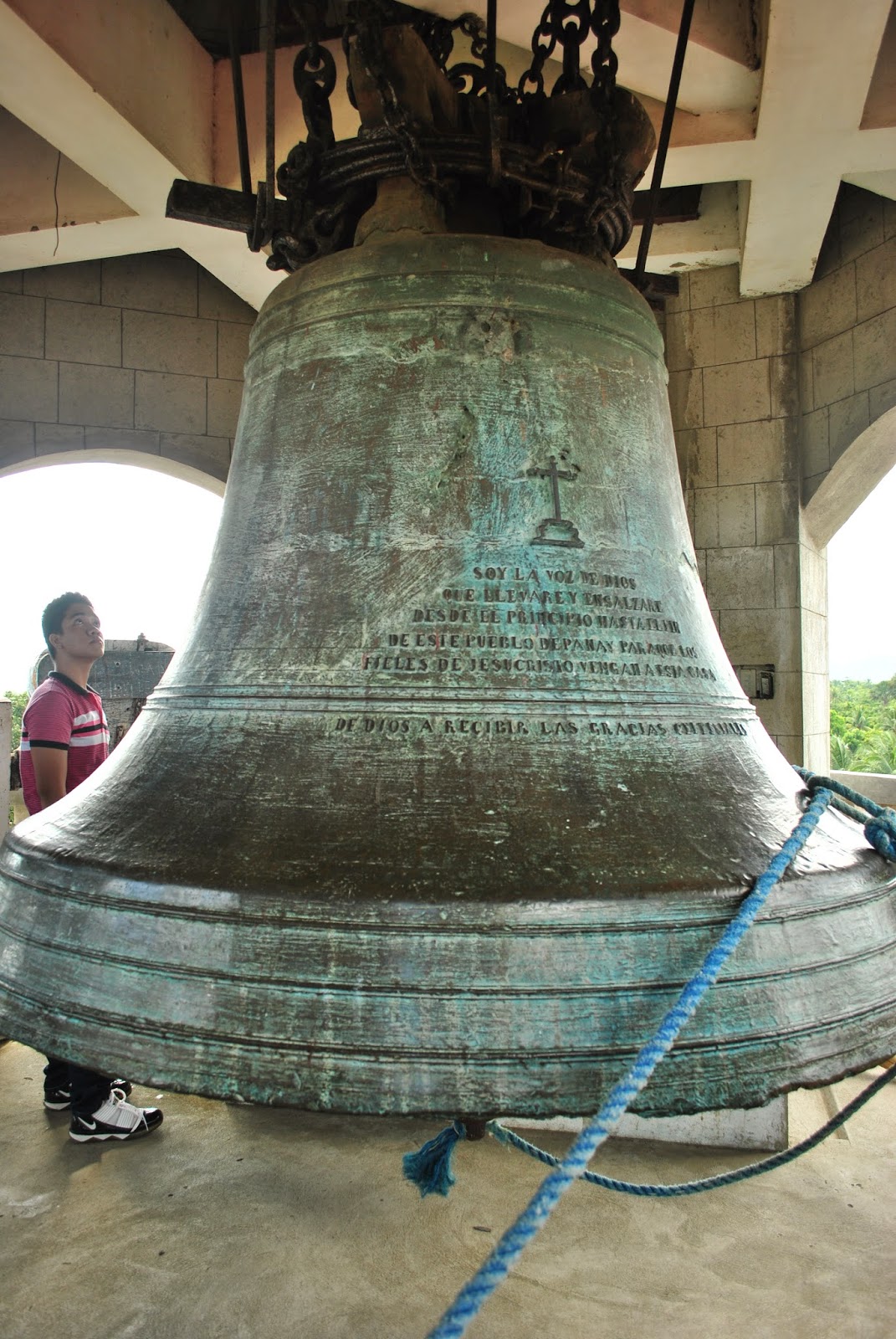 This bell was completed in 1878 through the donations of the local people which amounted to about 70 sacks of gold and silver coins. The old bells dates back to 1721.

As I was running my fingers on the super-sized bell, I couldn't help but think of the selfless people of Panay who contributed to its making. It may have cost a great fortune for some of the poor local people. But they have left behind a big legacy that will stay on their humble town for many more years. 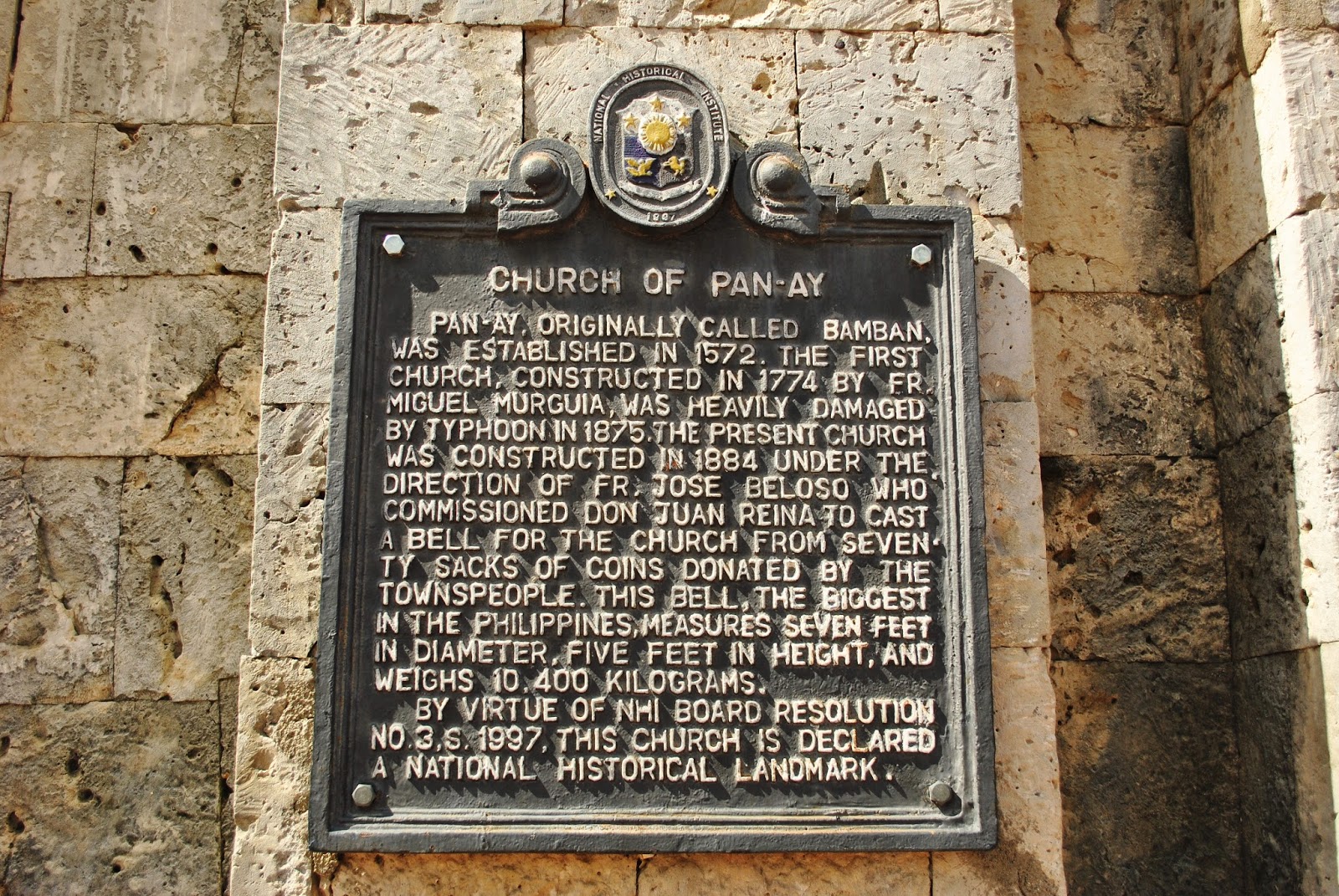 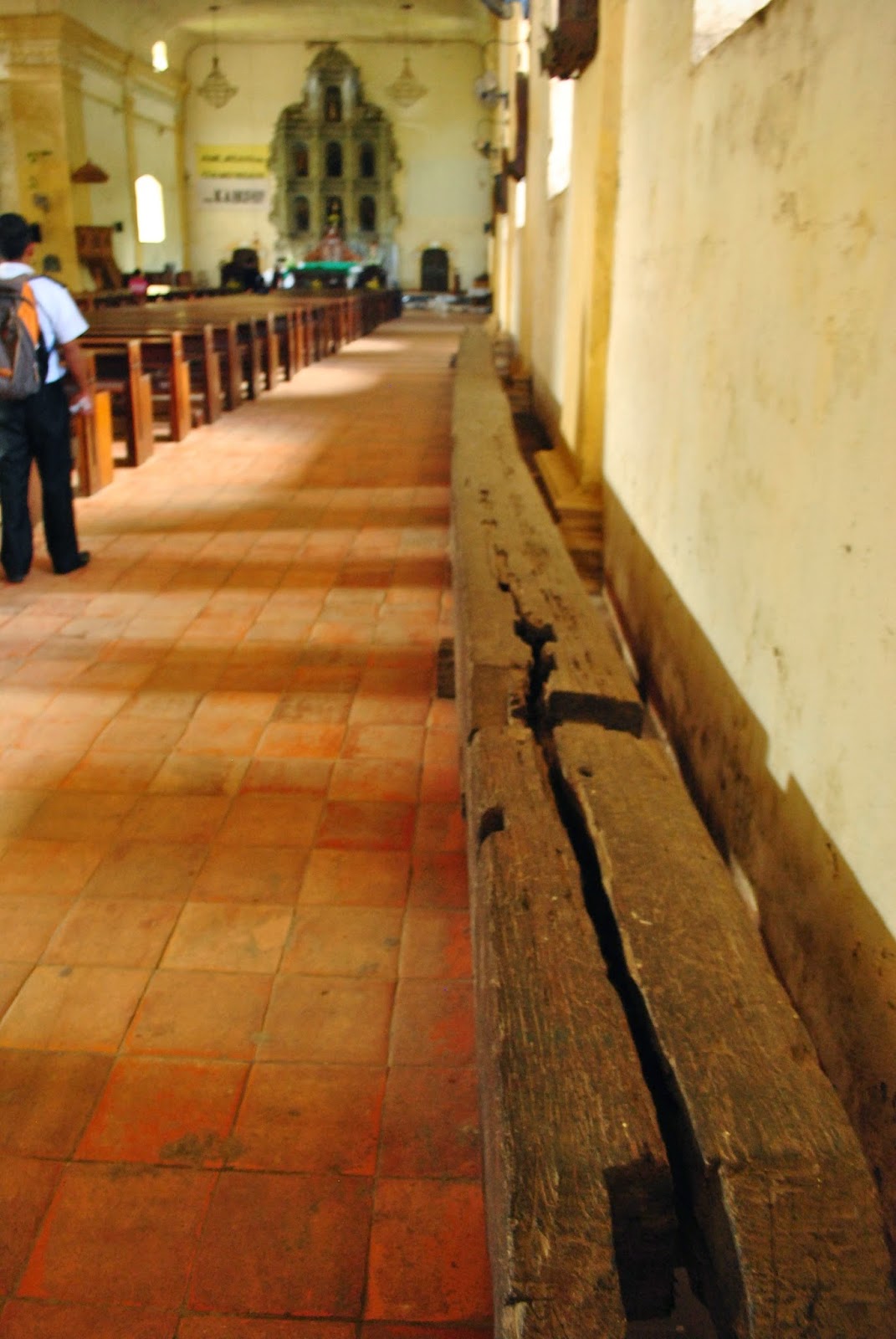 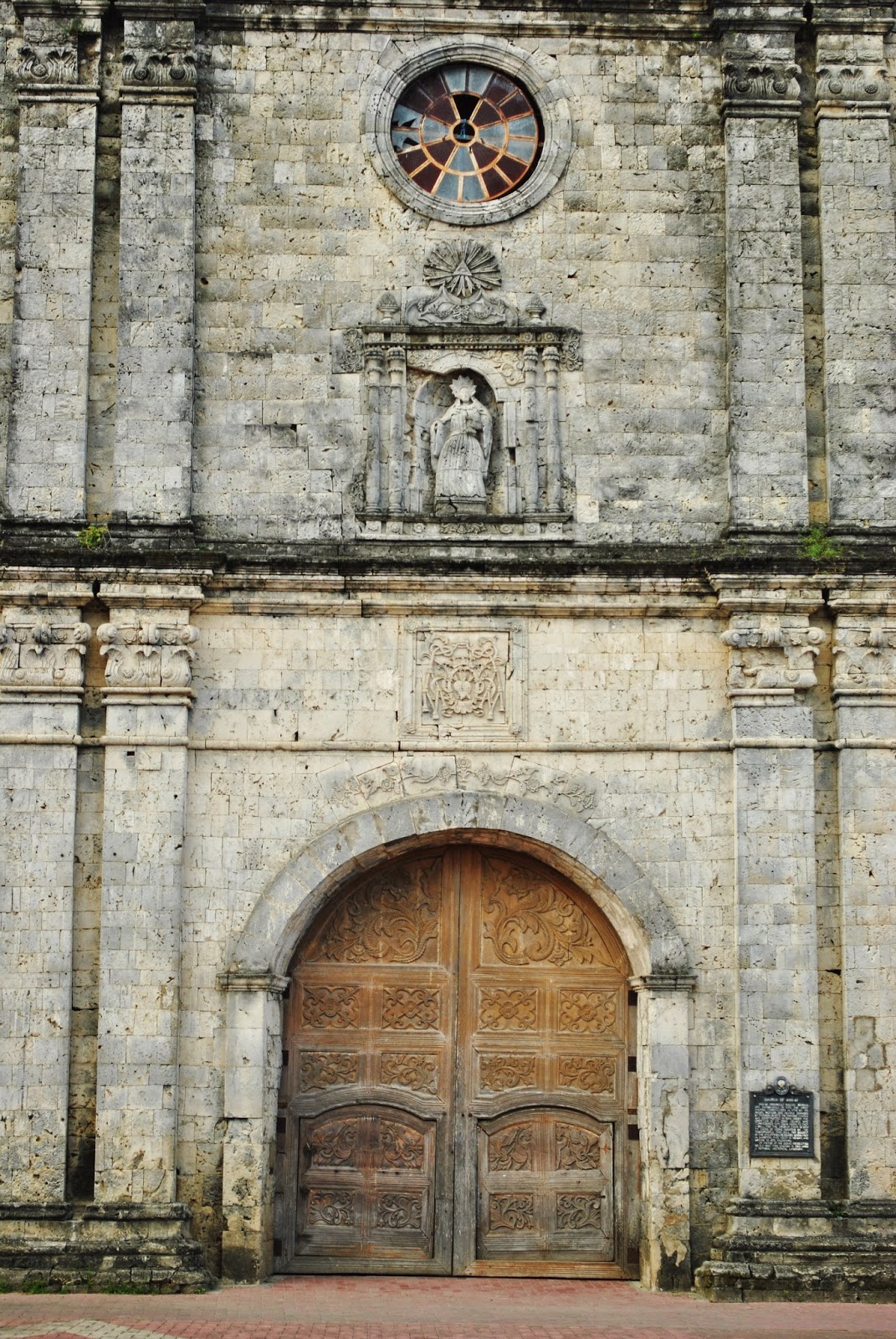 After spending a few minutes inside the belfry, I took the steps leading back to see the interior of the church. Like many old churches in our country, Panay Church was built in Filipino colonial baroque style with neo-classical influence. The walls are thick and the wooden retablo is well-decorated.

On the side aisle of the church, I saw what is said to be an original roof truss that is now being used by the parishioners during mass. 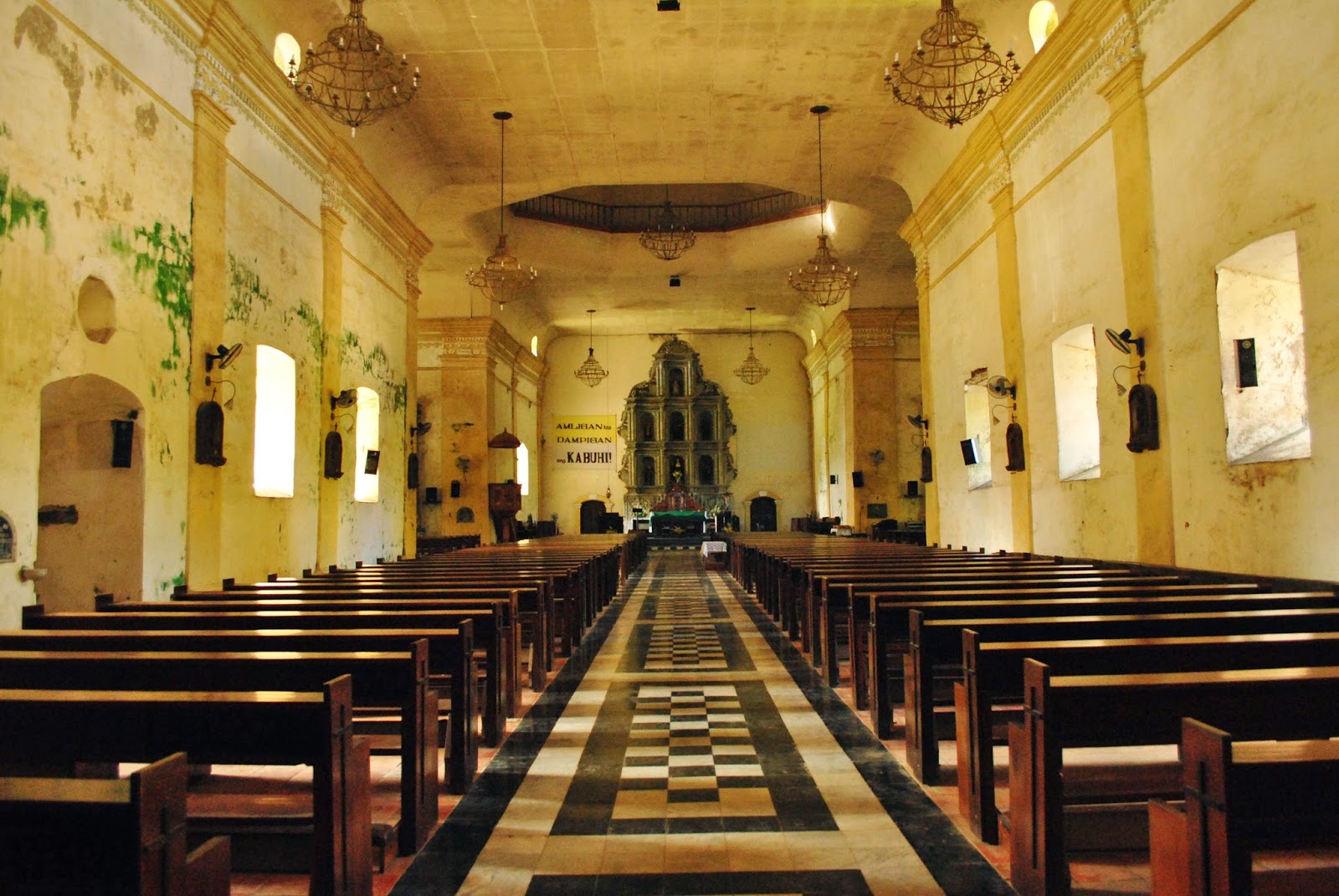 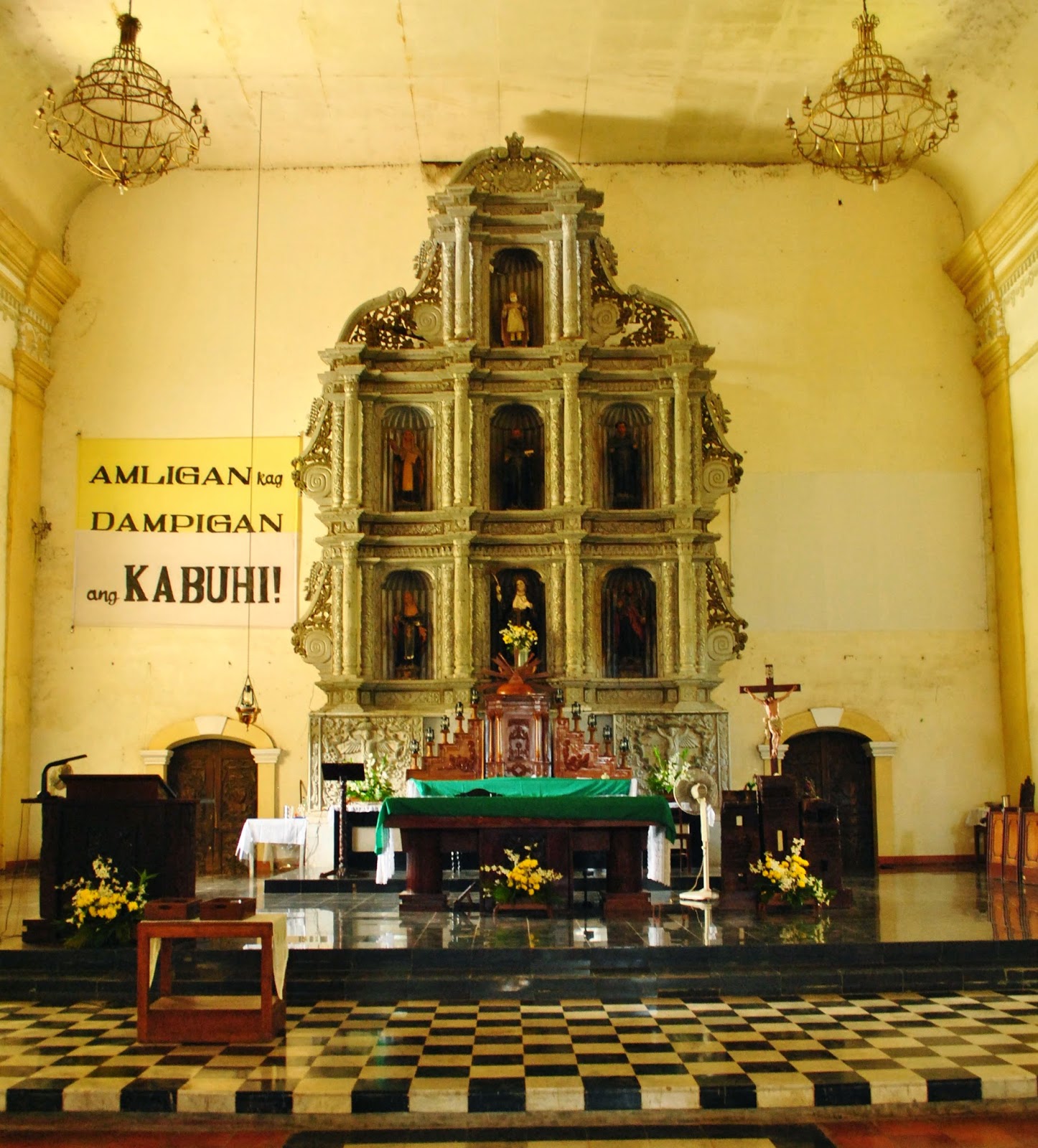 Adjacent to the church is the Santa Monica Museum where religious artifacts and memorabilia such as old tabernacles are currently housed. 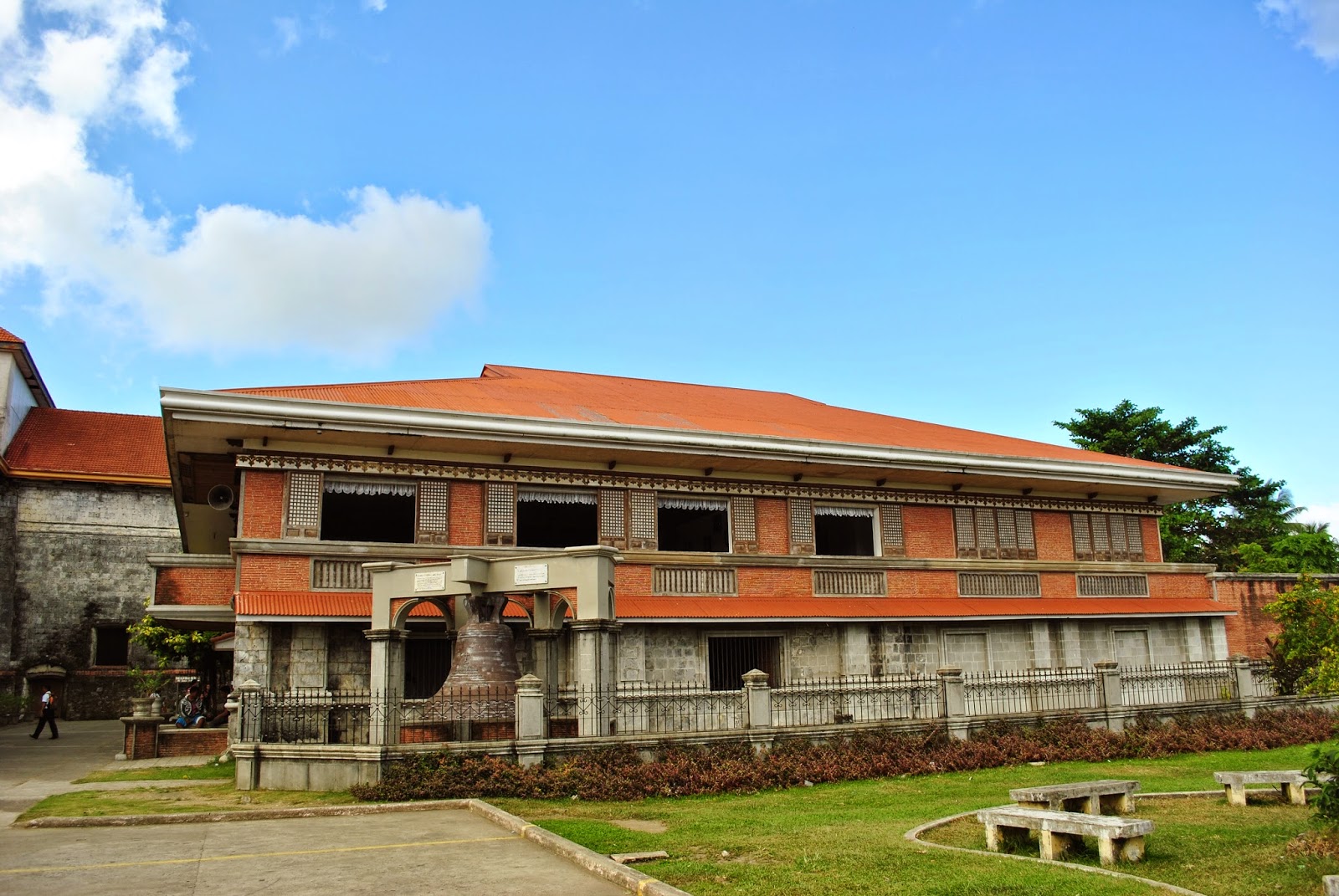 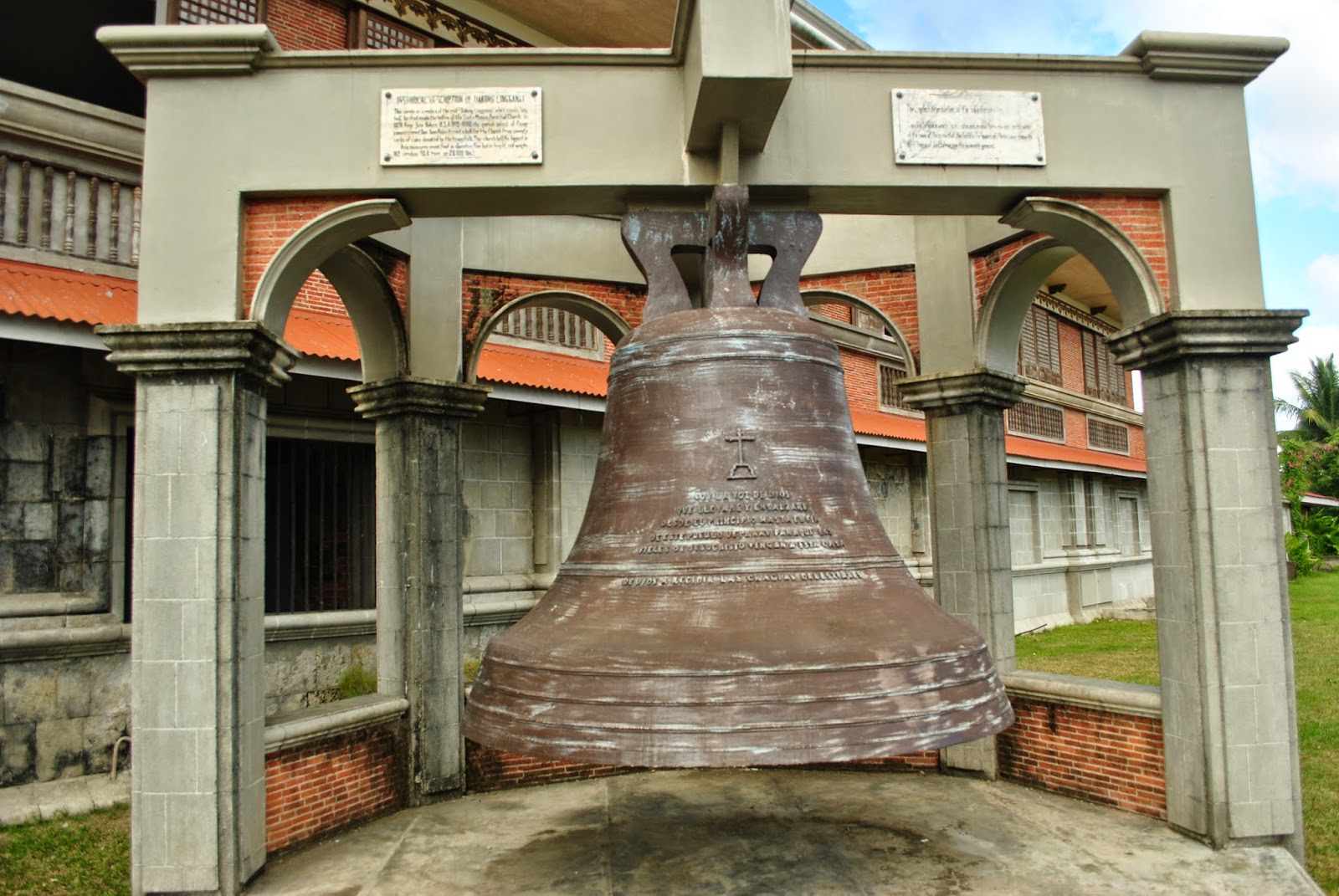 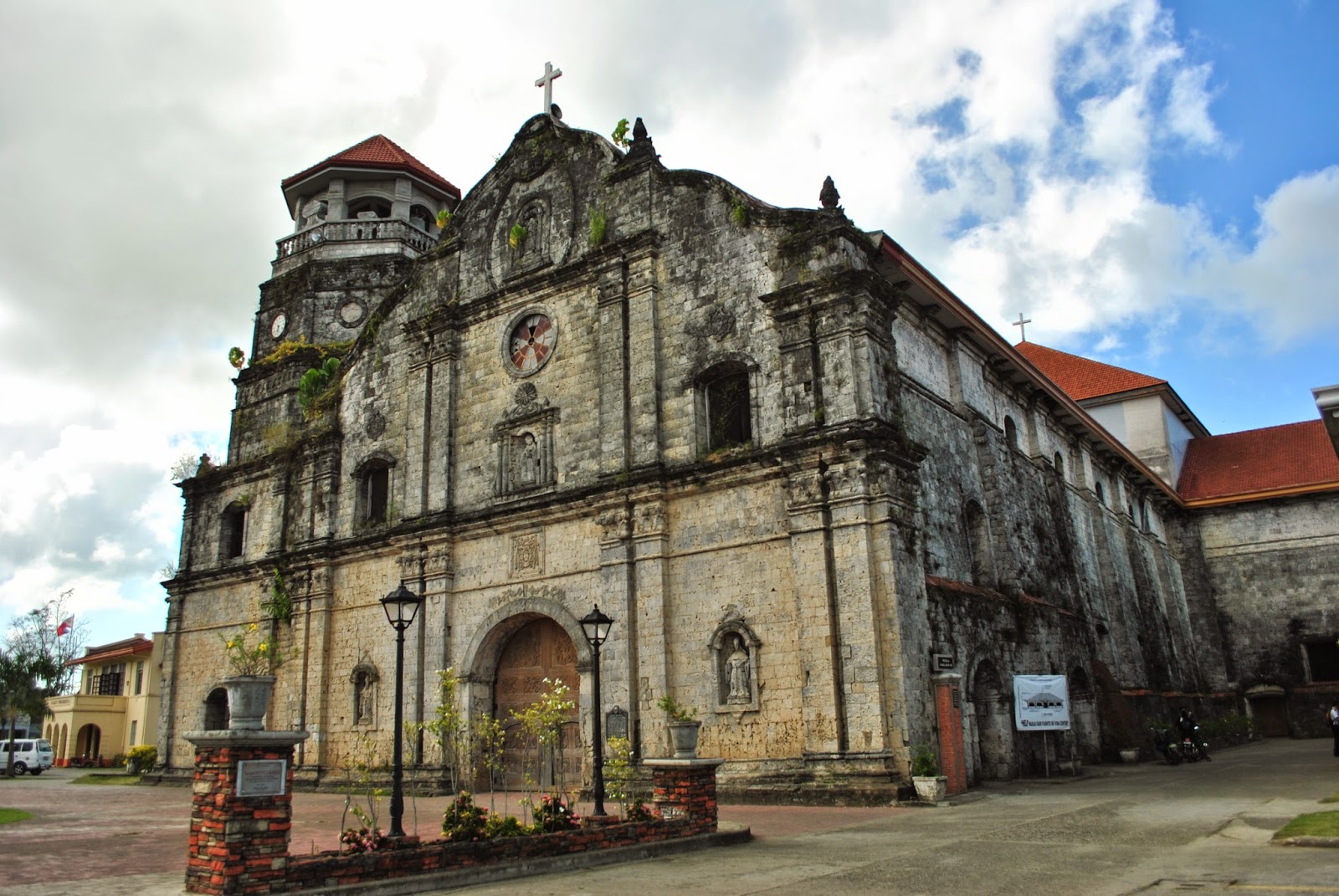 Located a few meters away from Santa Monica Museum is an old Spanish well called "fuente de vida." Standing near it and knowing just how old this well is gave me a sense of respect for the people of Panay. They take pride in preserving the history of their own town. 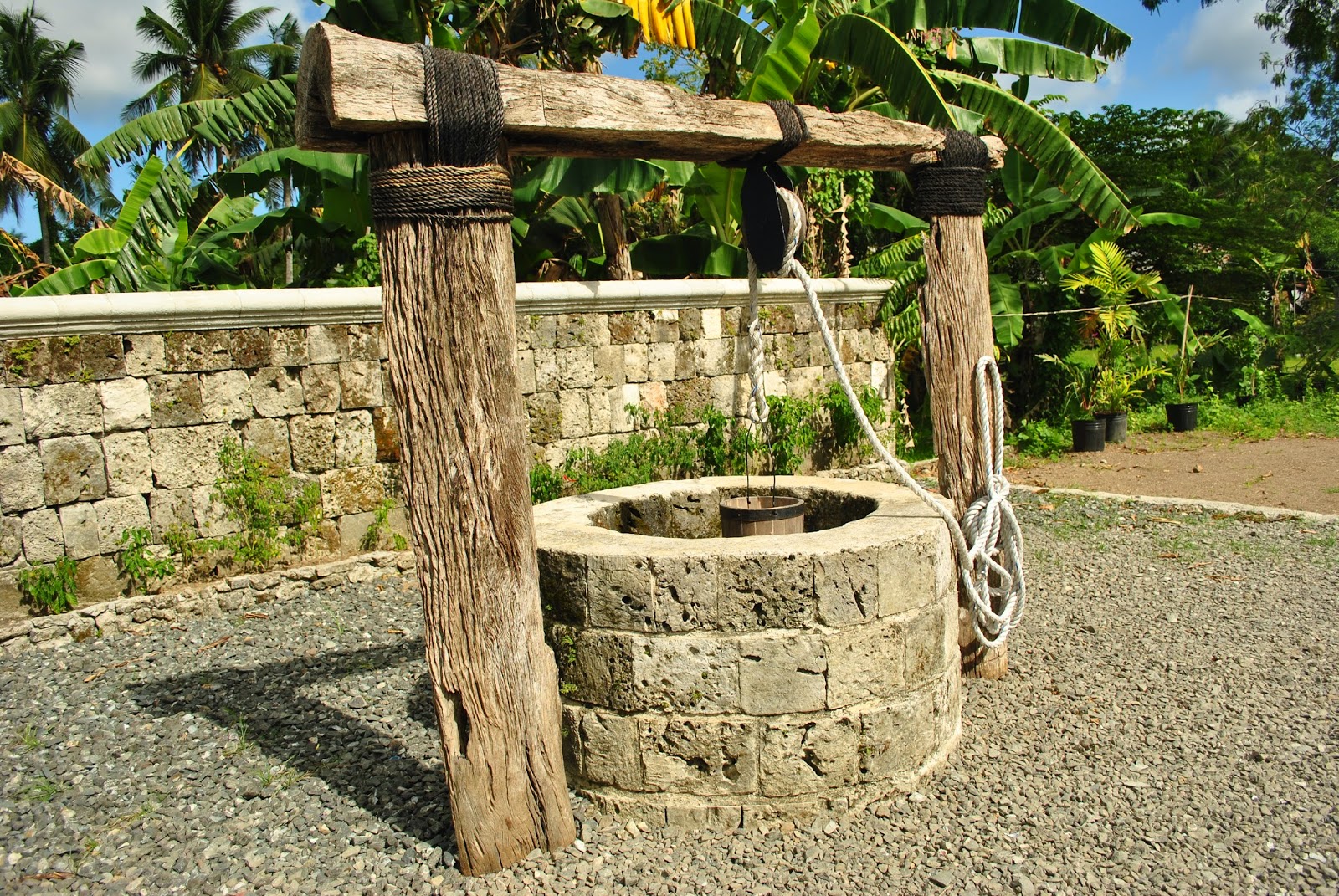 Posted by Che | BackpackingPilipinas at 12:14 AM