Not Quite in Batanes Yet, Almost 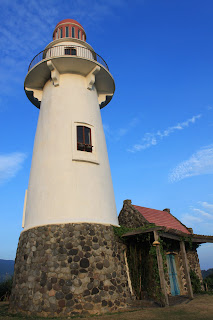 These are some of the phrases/words I've been googling and wiki-ing for the past weeks.


According to Wiki, the province of Batanes, composed of 10 islands, sits at the topmost part of the Philippine archipelago. About one and a half hours plane ride from Manila. This place has been highly regarded as a prime tourist destination because of its magnificent rolling hills (some saying it can be compared to the ones in New Zealand), famous stone houses that have stood the test of rough and unforgiving weather conditions in the past years, the Ivatans resilience and kindness, and of course, the lighthouses that have become silent witnesses to the rage of the seas and the fury of the skies.


I know that backpacking Pilipinas won't be complete without me exploring these islands, a dream I've shared with two people close to my heart, Kim and  Eric.

We are set to meet Batanes TOMORROW. Finally.

Alright, I'm so done with my checklist. Here are some:

1. First on the list is to check the weather. According to Wiki, Batanes has 4 seasons, almost similar to its neighboring island Taiwan. Summer falls from April to June and winter is from December to February. Bet we chose the right time go there, my summer tops and shorts are ready to go! We'll bask in the sunlight and dance with the summer breeze! woot!

2. My little Nika is on a prep mode too. Battery charged and lens rechecked. Many people say that Batanes is a haven for photographers. Well, I'm not a pro but I want to capture as much 3x5s as I can. I'm ready to chase the sunrise, the sunset and anything in between.

3. Money. In these times of seat sales, promos and unbelievable discounts, Batanes remains to be unfriendly to poor Juans. First, the plane ride via Seair costs a whooping 14k (without discount) and 7k (with their much glorified seat sale). Luckily, I chanced up with the 7k roundtrip rate, booked 6 months ago. If only Cebpac or some other local airlines can nail a competition with Seair, I think the rates will surely be more pocket friendly.

And of course the budget for hotel/inn, food, tours and miscellaneous expenses are still in tow.

I'll share the complete budget and expenses as soon as we are back.

4. Personal stuff. I want to pack light. Hopefully, my backpack can accommodate all my stuff. Inside: clothes for 4 days plus 2, sunblock, toiletries, candies, flipflops, and a book.

Obviously, I'm extremely excited about this trip. But it's just not only because of the destination but because I'd be with two of the best people in the whole wide world! Good times, so raring to go! :)
Posted by Che | BackpackingPilipinas at 8:24 PM