Summer has not been officially declared yet but the sun was beating down so hard when the plane landed at Tuguegarao Airport in Cagayan. The afternoon sky was clear and the temperature was uncomfortably hot. After putting on my fishermans hat and making sure that I still have the bottle of mineral water tucked in the side pocket of my backpack, I went off ready to brave the  scorching afternoon heat.

This was my plan for day 1 of my solo travel in Cagayan: explore Callao Cave, walk around Tuguegarao City, try the famous pancit batil patung and catch the last trip to Sta. Ana, Cagayan. Since I arrived past noon, I wasn't sure if I'd be able to cover everything on my list.


At the airport, I asked one of the tricycle drivers for the rate if I were to rent him going to Callao Cave. When he answered a whooping P700, I said no, not for me. So from there, I went straight to the loading area of passengers bound for Penablanca. I had to wait for about 30 minutes before we hit the road since the tricycle driver wouldn't go until all seven seats are filled. On our way, I noticed the vast plantation of corn, the rivers and yes, some green mountains.

Before this trip, I've always thought that Cagayan has green valleys and vast plantations here and there. But as the plane was flying over this province, I saw the prevalence of brown in some areas which was a disheartening sight  since it means barren land and  denuded mountains (sadly, I wasn't able to take a photo of that view).


After an hour, the tricycle dropped me off to the small port where bancas are docked for those going to Callao Cave. 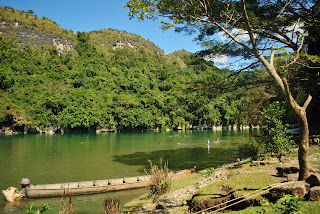 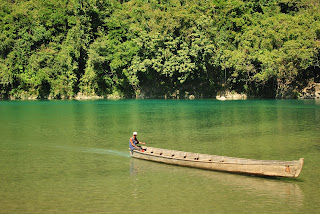 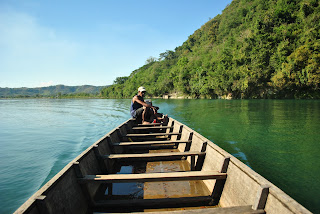 Being that Cagayan is one of the provinces where Cagayan River ( the longest and largest river in the Philippines) traverses, I liked how the river seems to flow with the people there. Situated right in front the entrance to Callao Cave is Pinacanauan River, one of the major tributaries of the Cagayan River. The water was so clear and there were a handful of people enjoying an afternoon excursion while I was there. It was a very ideal provincial sight and I wish we could have something like that here in Manila!:)

The boat ride going to Callao Cave took only about five minutes, just crossing the other side of Pinagcanauan River. After paying the entrance fee, I was assigned to Emily who was my guide inside the cave.

Callao Cave, a seven-chambered cave and ranked six in the Top 10 most beautiful caves in the Philippines, is also one of the most popular and frequently visited caves in the country. Unlike the caves in Sagada, this one is a lot more accessible and easy to explore. It is known for the natural cathedral which was turned to a small chapel, found on the second chamber. Each chamber has crevices that allow natural sky light inside the cave. There are also some interesting limestone and rock formations made out of the stalactites and stalagmites. 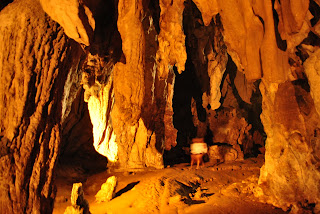 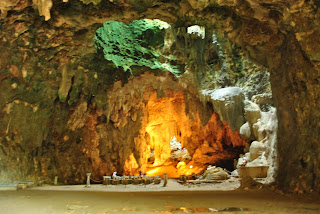 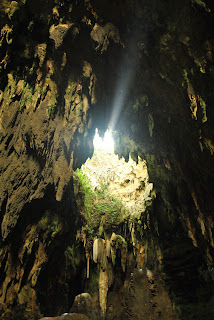 From Penablanca, I rented a trike back to Tuguegarao since I had to catch the last trip to Sta. Ana, Cagayan.  When I arrived in the city ahead of schedule, I decided to visit the Metropolitan Cathedral of Tuguegarao or Saints Peter and Paul Cathedral. First thing that caught my attention is the five-storey bell tower and the red-bricked walls. The altar and interior is rather simple, though I also noticed the small chandeliers hanging from the high ceiling. 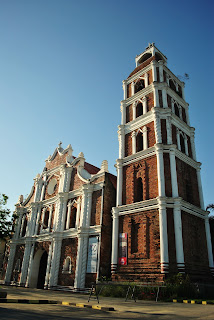 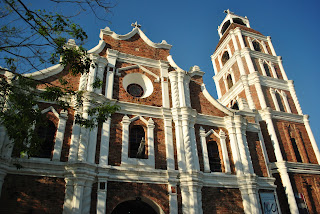 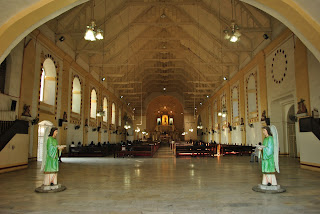 After taking a few photos, I decided to search for the nearest place to try out the famous pancit batil patung. I didnt have to walk further since Tuguegarao has panciteria in almost every corner. At Gomez St., just a block away from the church, I found Jomar's Panciteria. There was a steady flow of people while I was there. But what turned me off was to see flies hovering the place. Anyway, I ordered a regular serving of batil-patung. It looked like a messy mound of crashed chicharon, noodles, meat and egg. They also served a small bowl of egg soup. I don't know but my first batil-patung experience was a bit overwelming and wasn't much to my fancy. Though, I would love to give it another try some day! :) 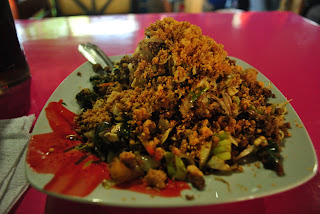 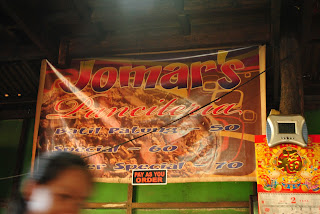 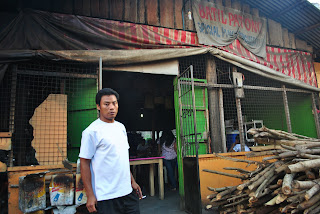 At about 5 p.m., I hailed a tricycle going to the van terminal bound for Sta. Ana. Unfortunately, the last van left a few minutes before I arrived. With no other option left, I decided to take the last van bound for Gonzaga, about two to three hours away from Tuguegarao City.

Going to and getting around Cagayan:
-Daily flights are provided by Air Philippines and Cebu Pacific
-Various bus companies with lines to Cagayan Valley Region leave Manila everyday
-public utility jeepneys, buses, tricycles and calesas are common mode of transportation around Cagayan 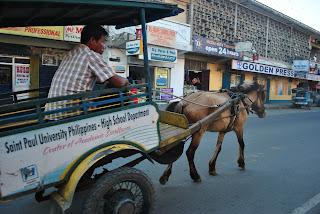 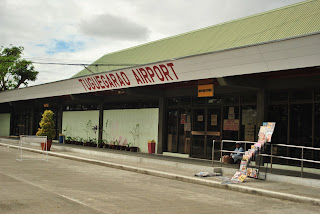